Falcons Official Sponsor
– This was a game of huge momentum shifts. After rolling to a 35-0 lead, North Forney saw Royse City answer back with 31 points of their own to pull with 4, with 6-1/2 minutes left in the 3rd, before two late Falcons TDs put the game out of reach.
– Despite giving up 602 total yards, the Falcons front three pressured Bulldogs’ QB, Tyson Oliver, into an uncharacteristically inefficient night. Coming into the game, Oliver had connected on 71% of his 146 throws, with just two interceptions. The Falcons’ defense held Oliver to 14 of 28, and had two picks.
– This was a breakout game for QB Jacob Acuna, who had his first 300+ yard game throwing the ball (3 TD) and also led the team with 159 yards and 3 TD on the ground. The RC defense was clearly set up to stop RB Ty Collins and Acuna stepped up in a big way.
– While both teams had big plays on offense, 7 of the 12 combined TDs were for 30+ yards, two of the biggest plays were turned in by the Falcons’ D. DeMarcus Kirk picked off Oliver’s pass on RC’s second offensive play and returned it 53 yards for the Falcons’ first points of the night, and Jacob Donaldson intercepted a pass midway through the 4th quarter, with the Falcons clinging to an 11-point lead, and RC looking to regain the momentum.
– The Falcons saw two receivers top 100 yards against the Bulldogs. Nick Booe led the way with 135 yards and two TD; Kam Allen, in his best game of the season, had 112 yards and outran the defense on his way to a 65-yard TD in the 4th quarter.
– The Senior Night win pushes the Falcons back over the .500 mark in district (4-3), and keeps North Forney’s slim playoff chances alive heading into next week’s finale at Sulphur Springs (1-8 overall, 1-6 in district). A win against SS, and a RC loss to Terrell, would leave both North and RC at 5-3 in district, and the Falcons in the playoffs, based on their victory over RC.
Article by: Tim Danziger, Forney Messenger
Photos by: Jim Klenke, Forney Messenger 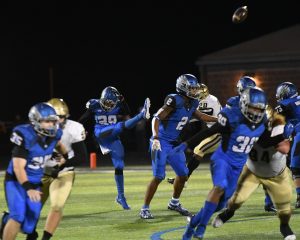 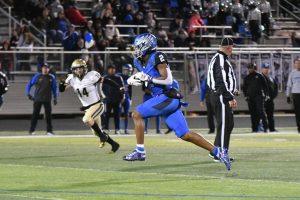 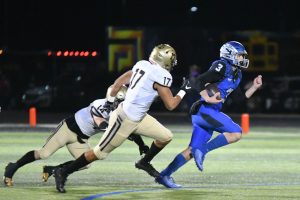 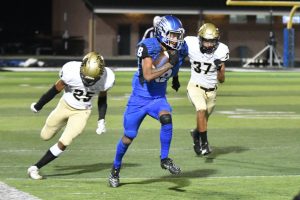 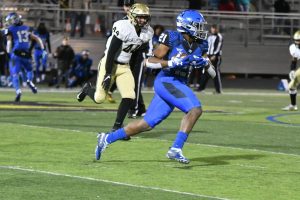 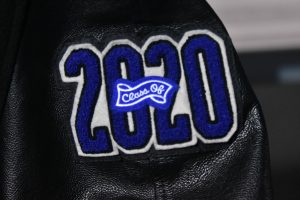 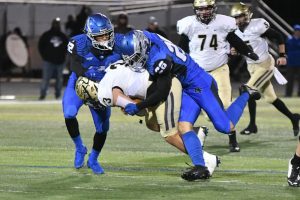 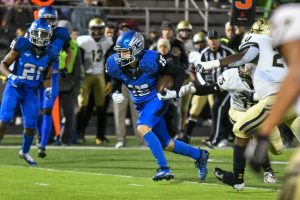