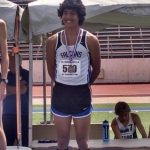 Members of the Falcon Track team competed at the Region 2 5A meet Friday and Saturday.  All of these athletes competed to the best of their ability and represented North Forney in a positive light.  Those that participated were: Kyle Garcia placing 2nd in the 3200 and 3rd in the 1600.  He advanced to state 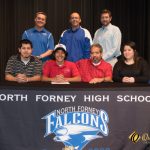 Three North Forney Falcons recently signed letters of intent to participate in a collegiate athletic program.  Please see these student athletes in the portraits below, and if you have the opportunity, congratulate them in person. Go Falcons! 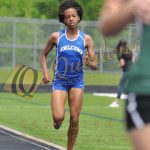 Reminder The NF volleyball booster club meeting will be held tonight on April 21st at 6:30 in the North Forney High School Film room. We will be nominating officers for next year so all are highly encouraged to attend. 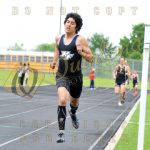 The Falcon Boys and Girls Track Team spent the last two days competing in the district track meet in Royce City.  The Falcons did their very best and the boys finished fourth overall in the total point standings and many athletes set personal records.  Athletes that finished in 1st through 4th place qualified for the

Junior Landon Davis competed at Rockwall Golf Club in Rockwall, Texas on April 13th and 14th as part of the Regional golf meet.  The 36 hole event hosted 16 teams and 16 individuals all hoping to qualify for the State Tournament in Austin, Texas.  Landon is the first North Forney golfer to advance to the 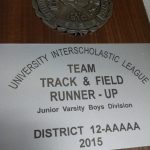 The Falcon JV Boys Track Team travelled to Royce City to participate in the JV district meet.  Several Falcons set personal records and as a team the Falcons earn 2nd place overall and behaved and competed like true Falcons.  Thank you all for your support and thank you to all the coaches that help each 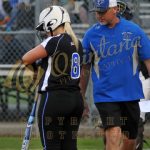 Check out this article about how high school athletes learn to succeed …   https://www.mainstreet.com/article/playing-high-school-varsity-sports-may-help-make-players-winners-business

On March 31st and April 2nd, North Forney’s golfers competed in the District 12-5A Golf Tournament.  The Falcon’s five-man team sat in fourth place after the first day, shooting a 366 team score. On the second day of the tournament, the same team improved 22 strokes to shoot a 344 and pass Mesquite Poteet to

The North Forney and Forney golf teams would like to thank the Forney Taco Casa for providing food for the first day of the District 12 5A Boys and Girls Golf Tournament. Rosemary Fangary and her staff are very supportive of Forney ISD academics and athletics.  Stop by Taco Casa and thank them for their